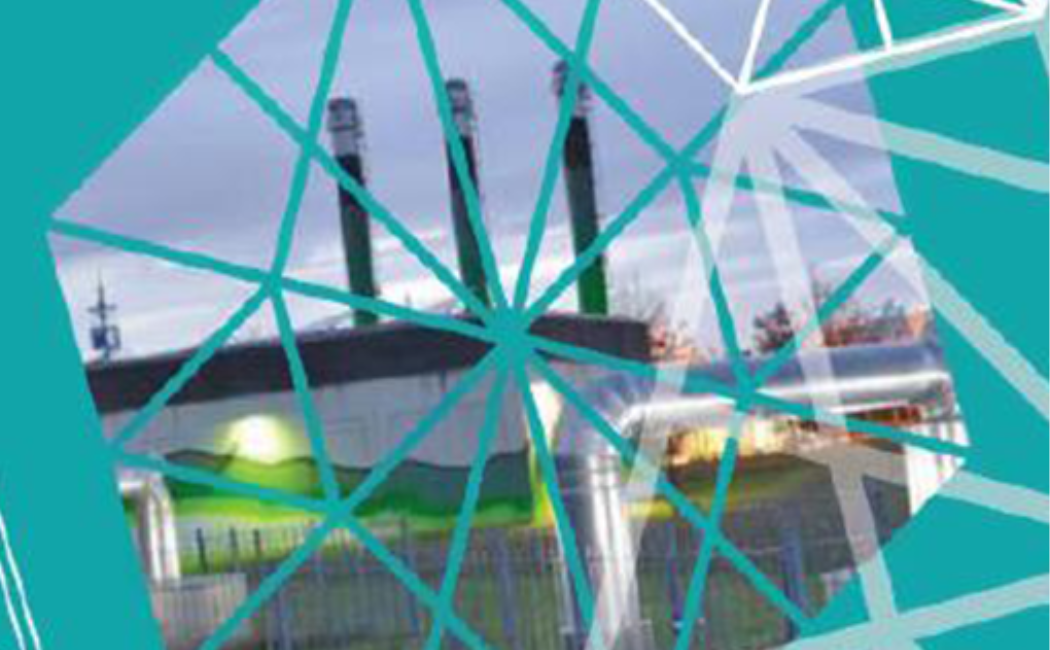 The ANPERC 2020 Research Conference entitled Maturing Geothermal Energy for Saudi Arabia, chaired by ANPERC Professors Volker Vahrenkamp and Tadeusz Patzek, brought academic and industry professionals together from over a dozen countries, to share their ideas on geothermal energy potential in the kingdom. Topics ranged from electricity generation, direct heat use desalination, and cooling buildings during the summer months, to storing carbon deep underground. The common perception of geothermal energy as something that only exists in countries full of bubbling geysers has been challenged by numerous emerging technologies for the utilization of geothermal resources in aquifers and sedimentary basins occurring both on the east and west coasts of Saudi Arabia. Efforts like the ANPERC 2020 Research Conference help these innovations develop further and ultimately foster collaborations among experts in the field, ministries and private entities in the Kingdom. 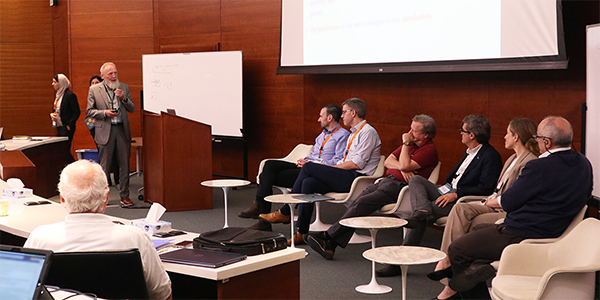 Above: Prof. Vahrenkamp begins a panel discussion on Day 3.
Below: Students and faculty eagerly asked questions about the many presentations. 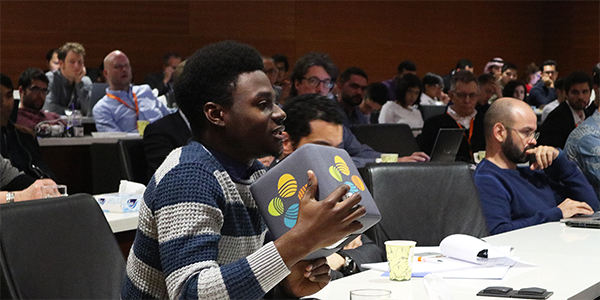 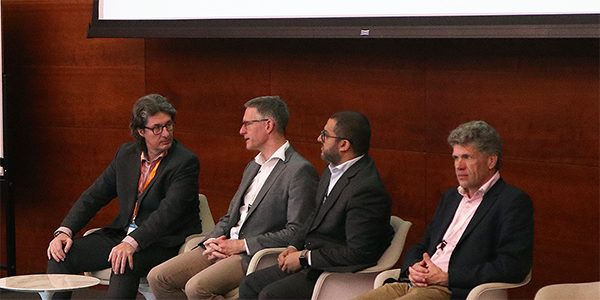 Above: another panel on Day 3, focused on advancements in drilling technology

The scene for the ANPERC 2020 Conference was set by Professors Vahrenkamp and Patzek stating the objectives of the conference and societal drivers for developing renewable energy concepts in Saudi Arabia. Alexander Richter, President of the International Geothermal Association gave an overview of growing impact of geothermal developments worldwide. Some highlights included insights on the geology, geothermal heatflow and aquifers of Saudi Arabia presented by several engineers and scientists from ARAMCO and Dr Martin Keller of the Ministry of Environment Water & Agriculture (MEWA); the potential for Enhanced Geothermal Systems (EGS) was presented by Dr Khalid Bankher of the Saudi Geological Survey. Dr. Mellors of the Lawrence Livermore National Lab showed a fascinating example from a deep mine in the US of technical issues that still need to be understood with EGS.  The second day focused on so-called low-enthalpy geothermal utilizing heat with temperatures less than 150 °C for direct use desalination and heating/cooling projects. Prof. Ernst Huenges' talk showed an example of geothermal cooling from Oman. Other examples from Drs. Daniel Bendias and Killian Beichel (Erdwerk – Germany) and Professor Kenichi Soga (University of California, Berkeley) explained how geothermal resources can be used to lessen carbon based energy demand in urban settings such as Munich and London. 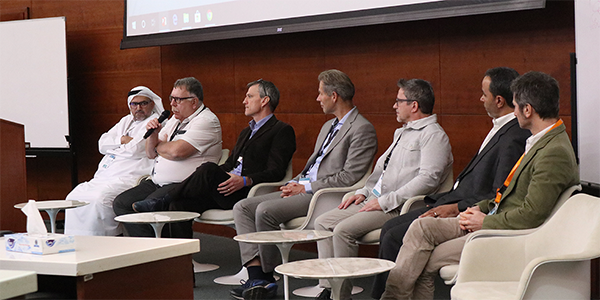 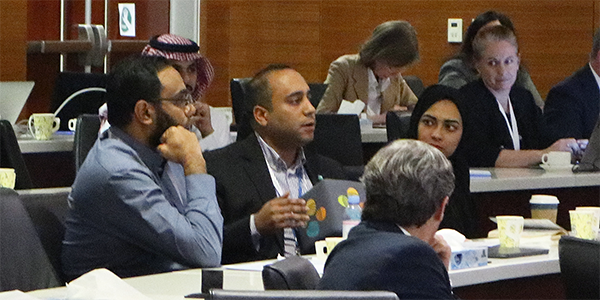 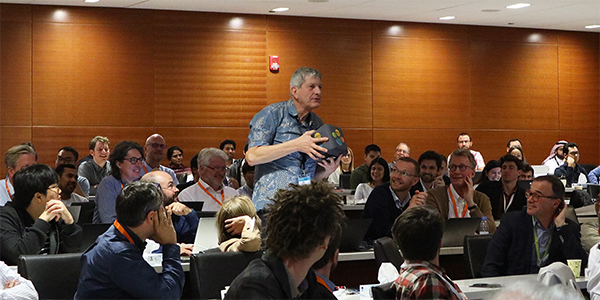 A strong delegation from the Netherlands (Profs. Bruhn, Voskov, and Van Wees of TU Delft & Utrecht) provided information on the rapidly growing geothermal industry in their country and the drivers behind it. Prof. Rosalind Archer (University of Auckland) provided a talk on the carbon emissions of geothermal plants, while Prof. Gislason from the Iceland Geological Survey explained how the released CO2 can be captured and locked into the subsurface.  An entire session led by Profs. Saar and Bielicki (ETH, Switzerland & Ohio State University) and Dr. Michael Wechsung (SIEMENS) was dedicated to an emerging technology of utilizing CO2 sequestered in the subsurface as a geothermal energy source – very exciting in view of the global efforts to reduce CO2 impact on the climate. ANPERC Profs. Carlos Santamarina and Hussein Hoteit also spoke during the conference, contributing fundamental engineering insights on heat conductivity and a comprehensive data set on the availability in Saudi Arabia of CO2 for CCUS processes. 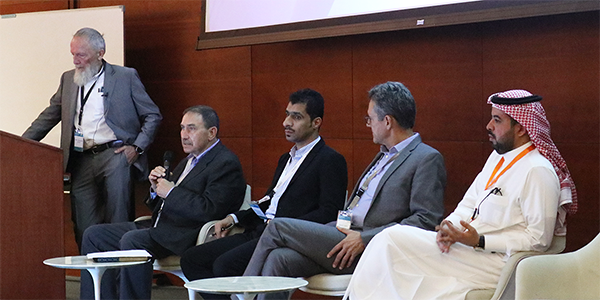 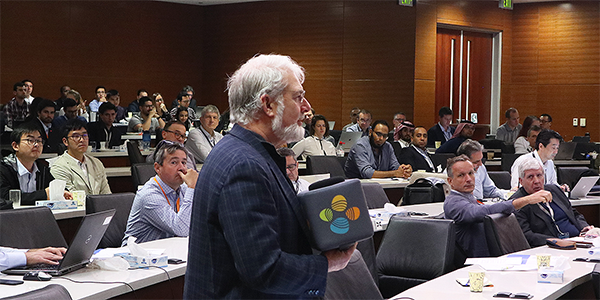 Fifteen students and postdocs presented e-posters, including several from ANPERC and KAUST. Conference goers enjoyed a gala dinner by the KAUST greenhouse, took a tour of the KAUST Desalination Plant, as well as a brief tour with Profs. Santamarina and Vahrenkamp of the ANPERC lab facilities. Due to the overall enthusiasm exhibited by the conferences attendees Professor Vahrenkamp anticipates a white paper will be published in the near future addressing the geothermal potential of Saudi Arabia and how it can be matured as a reliable, economic and renewable energy source. 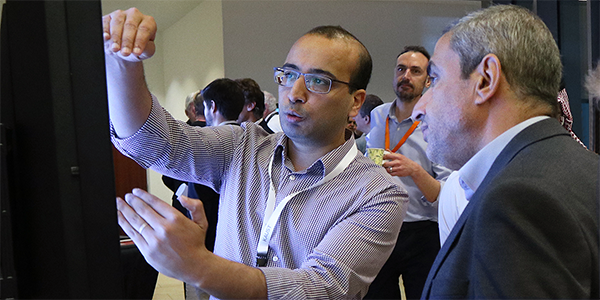 Above and below: e-poster presenters presented their research at the conference. 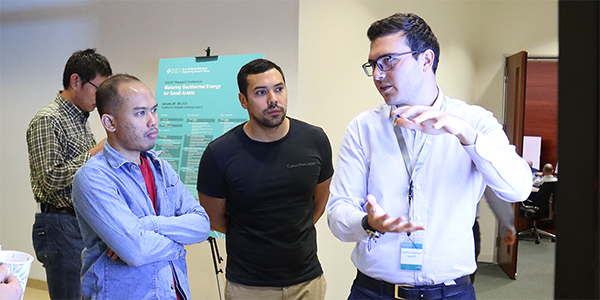 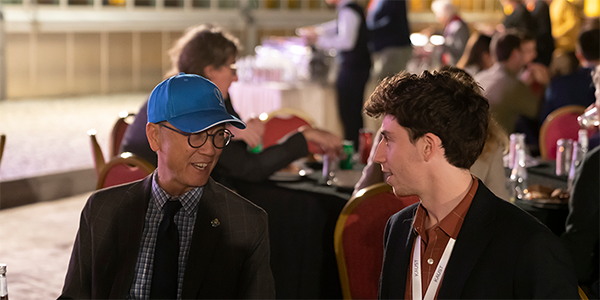 Above: KAUST President Tony Chan meets with scientists from Dalhousie University.
Below: ANPERC scientists at the gala dinner. 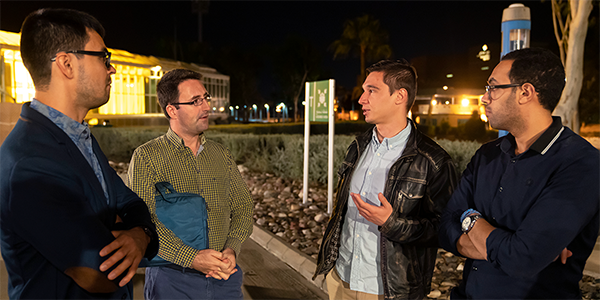 A full run-down of the speaking agenda is available on the ANPERC site here. Also, see conference speaker Alexander Richter's article on the conference at thinkgeoenergy.com.